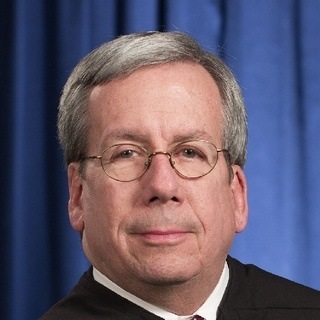 Justice William M. O'Neill became the 156th justice to the Ohio Supreme Court on January 2, 2013. His life has been dedicated to public service. Justice O’Neill is a former judge, an army officer, a registered nurse, and an adoptive parent.

Prior to becoming a justice, Justice O’Neill served on the Eleventh District Court of Appeals from 1997 until 2007. He was most recently a registered nurse at Hillcrest Hospital, an affiliate of the Cleveland Clinic Foundation. He is also a former army officer, Vietnam veteran, and was both a newspaper and television reporter.

Justice O’Neill is a graduate of Ohio University, Cleveland Marshall College of Law, and Huron School of Nursing. Before being elected to the Eleventh District Court of Appeals, Justice O’Neill was an assistant attorney general for the state of Ohio from 1984 to 1996, representing the Ohio Civil Rights Commission and the Industrial Commission of Ohio. In private practice, he founded O’Neill & Brown in Geneva, Ohio, where he represented small businesses and individuals in both civil and criminal cases.

Justice O’Neill is a retired lieutenant colonel in the United States Army and was awarded the Bronze Star and the Army Commendation Medal for his service during the Vietnam War. He served as the commanding officer of the Armored Cavalry Troop from Painesville, and retired from the Ohio National Guard as a Judge Advocate General (JAG) Lieutenant Colonel in 1996. In 2007, LTC O’Neill, US Army (Retired), was inducted into the Ohio Veterans Hall of Fame.