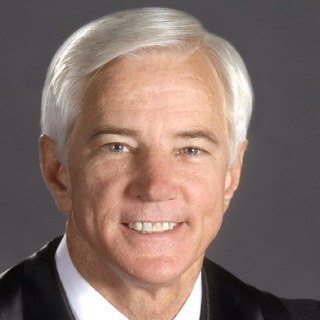 Justice Terrence O'Donnell joined the Supreme Court of Ohio in 2003, and since that time has led statewide efforts to increase professionalism among lawyers and judges across Ohio. His leadership culminated in the implementation of a Lawyer to Lawyer Mentoring Program that is recognized nationally as one of the finest in the United States. He regularly speaks on topics of ethics, professionalism, and appellate advocacy, and also supports the expansion and strengthening of lawyer mentoring in Ohio. Additionally, he has participated in a national forum on professionalism and mentoring at the University of South Carolina in 2008 and at St. Thomas University in Minnesota in 2012.

Justice O'Donnell began his judicial career in 1980 on the Cuyahoga County Common Pleas Court—the busiest trial court in Ohio—and served there for 14 years until his election to the Eighth District Court of Appeals in 1994. He served there for eight years, and subsequently served as a visiting trial court judge in various counties throughout the state before joining the Supreme Court in 2003.

He began his legal career at the Ohio Supreme Court as a law clerk to Justice J.J.P. Corrigan in 1971, and then clerked for Judges John V. Corrigan and John M. Manos on the Eighth District Court of Appeals. Before beginning his judicial service, he practiced law with the firm of Marshman, Snyder & Corrigan in Cleveland for six years.

A former school teacher, Justice O'Donnell is a founding member and past president of the Legal Eagles — a law fraternity for alumni of St. Edward High School in Lakewood, and a frequent lecturer at its year-end seminar. He also is a member of the Ohio State Bar Foundation Fellows Class of 2005, a past member of the board of trustees of Magnificat High School, and the board of trustees of the Lawyers Guild of the Diocese of Cleveland.