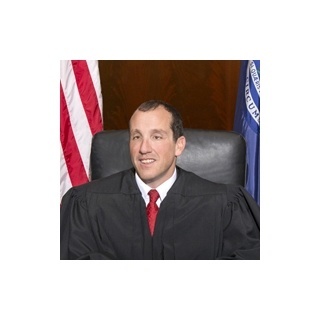 Prior to being elected to Michigan’s highest court, Justice Bernstein was known as a tireless advocate for disabled rights as an attorney heading the public service division for The Sam Bernstein Law Firm in Farmington Hills, Michigan. Blind since birth, Justice Bernstein is a Phi Beta Kappa graduate of the University of Michigan and earned his juris doctorate from Northwestern University School of Law.

Committed to taking action to help clients who needed him, Justice Bernstein’s cases often set national standards protecting the rights and safety of people with and without disabilities.

Among his cases in private practice, he represented the Paralyzed Veterans of America in partnership with the United States Department of Justice in an action against the University of Michigan to allow for safe access for disabled individuals when the university’s alterations to the stadium failed to accommodate and represent disabled visitors. The case helped establish guidelines that are used by all commercial facilities across the country.

He also successfully partnered with the United States Department of Justice to force the City of Detroit to fix broken wheelchair lifts on its buses, establishing a precedent for accessibility in public transportation. Further, Bernstein represented disabled residents against the Oakland County (Michigan) Road Commission after “roundabout” traffic circles were built without disabled access, impacting future ADA compliance for road construction throughout the United States.

In a landmark settlement against Delta Airlines and Detroit Metro Airport, Bernstein gained accessibility for disabled fliers, helping set the standard for which airlines and airports are to be covered under the Americans with Disabilities Act of 1990.

“Michiganian of the Year”
Detroit News