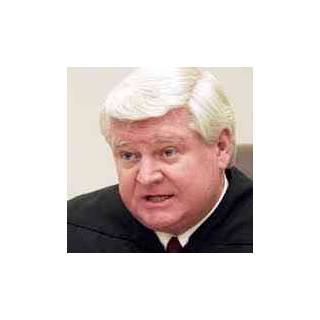 A former Chief Justice and founder of Justice Teaching, Justice Lewis was appointed to the Supreme Court of Florida on December 7, 1998, by the late Governor Lawton Chiles. While serving as Chief Justice, he founded Justice Teaching, an organization that now has over 4,000 volunteer lawyers and Judges placed with and active in Florida public schools, which enhances civic and law-related education through the active programs in all levels of Florida schools. In 2014, Justice Lewis received the prestigious Justice Sandra Day O'Connor national award for civic education recognizing his work with Justice Teaching as the top civic education program in the nation. As Chief Justice, he also convened the first commission and statewide all branch mental health summit which developed and proposed a unified and comprehensive plan to address the increasing needs with the intersection of mental illness and the justice system.

He also attempted to provide greater public access to justice for the disabled by mandating a survey and audit of all court facilities in Florida through a task force of professionals to identify and remove obstacles to facility access. While Chief Justice, Justice Lewis also instituted for the first time in Florida, a uniform high-level diversity training program for all Florida judges. Having a background in civil litigation and recognizing the need for better jury instructions in complex cases, he created and appointed the first Standard Jury Instruction Committee for Contract and Business Cases, a group that now finalized comprehensive jury instructions for these complex cases. Justice Lewis serves as liaison to both civil jury instruction groups.

Justice Lewis and his wife Judith attended Florida Southern College together and were married in 1969. They have two children, Elle and Lindsay.

creation of the Justice R. Fred Lewis Award
University of Central Florida honored Justice Lewis
2002
awarded annually to the individual who has demonstrated the highest level of social responsibility

Friends of Justice award
American Board of Trial Advocates
1999

Other
Other
In 2008, he received the Judge Mario Goderich Award from Cuban American Bar Association, which recognized his work for diversity. He also received a Resolution by the Florida Alliance for Assistive Services & Technology for his work to provide access for persons with disabilities. Justice Lewis received the Gracias Award 2008 from the Broward County Hispanic Bar on June7, 2008. The Award reads “For achieving monumental Heights in Public Services and Promoting Diversity. In June of 2008 Justice Lewis received the prestigious Florida Bar William M. Hoeveler Judicial Award representing the highest level of professionalism in the Florida judicial system. He was selected as the recipient of the Joe Oldmixon Service Award for Outstanding Service to People with Disabilities 2007-2008 (presented by the Center for Independent Living Disability Resource Center). In 2009 he received the We the People Constitution Education Award from the Florida Law Related Education Association, Inc. In 2000, he was awarded an Honorary Doctor of Public Service degree from Florida Southern College. In 2002, Justice Lewis received an Honorary Doctor of Law degree from St. Thomas University. He also has been the recipient of a Certificate of Appreciation for Outstanding Contributions to We the People, the Citizens and the Constitution; a Florida State University College of Law Award for Contributions to the Summer Law Program; a Guardian of the Constitution Citizenship Award for Law-Related Education in Brevard County; a Dade County Bar Association, Young Lawyer's Section Dedication to Children Award; and an Award for Outstanding Contributions to the Study of Law, Legal and Public Affairs, by Miami Senior High School. He also received the 2005-2006 Easter Seals Judge Wilke Ferguson Award for Protector of the Disabled. In 2007, Justice Lewis received the Equal Opportunities in the Judiciary Award, the Constitutional Education Award, the Education for Justice Award, and the Justice Thurgood Marshall Award. In 2013, Justice Lewis received the annual University of Miami William M. Hoeveler Ethics & Public Service Award, which honors an individual for ethics, leadership, and public service in the legal profession. The Hoeveler Award was created in 2002 in honor of the Honorable William M. Hoeveler, senior U.S. District Court judge, as a lifetime achievement award for a lawyer of outstanding ethics and public service. Also in 2013, Justice Lewis received the lifetime achievement award from the Greater Miami Jewish Federation. In 2014, Justice Lewis was named Jurist of the Year by Justice Associates.

Justice Teaching
Founder
Current
Activities: over 4,000 volunteer lawyers and Judges placed with and active in Florida public schools, which enhances civic and law-related education through the active programs in all levels of Florida schools