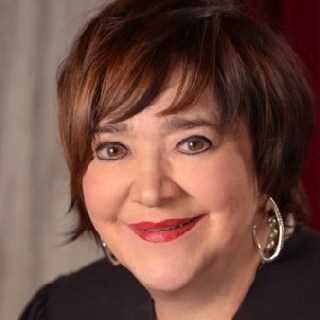 Chief Justice Margaret L. Workman was elected to the Supreme Court of Appeals in November 2008 and is serving her fourth term as Chief Justice. She previously was elected to the Court in November 1988, when she became the first woman elected to the Court and the first woman elected to statewide office in West Virginia. Chief Justice Workman was born in Charleston, the daughter of Mary Emma Thomas Workman and Frank Eugene Workman, a coal miner whose ancestors were among the first settlers of Boone County. Chief Justice Workman attended Kanawha County public schools and was the first in her family to go to college. She attended West Virginia University and West Virginia University College of Law. After she received her law degree in 1974, she served as assistant counsel to the majority of the U.S. Senate Public Works Committee, whose chairman was Senator Jennings Randolph of West Virginia. She returned to West Virginia to work as a law clerk to the Thirteenth Judicial Circuit (Kanawha County). In 1976, she served as an advance person in the Carter Presidential Campaign, and she later worked on the campaign staff of U.S. Senator Jay Rockefeller. She then opened her own law office in Charleston. In 1981, Chief Justice Workman became the youngest circuit court judge in the state when then-Governor Jay Rockefeller appointed her to the Kanawha County Circuit Court. She ran for the unexpired term in 1982 and the full term in 1984. As a circuit judge, Chief Justice Workman inherited West Virginia's largest backlog of cases, and during her tenure on the court reduced it to the lowest in the circuit and held more jury trials than any other circuit judge in the state during the same period. She also visited every prison and secure juvenile correctional facility in West Virginia. After her election to the Supreme Court in 1988, she served as Chief Justice in 1993 and 1997.

Various
1976 - 1981
Served as an advance person in the Carter Presidential Campaign, and worked on the campaign staff of U.S. Senator Jay Rockefeller, opened her own law office in Charleston.