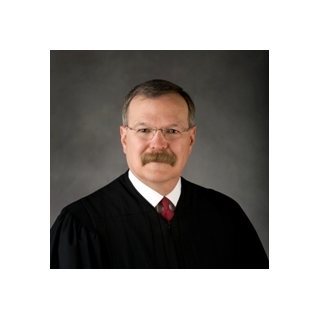 Chief Justice Lawton R. Nuss is a fourth-generation Kansan and was born in Salina, Kansas, in 1952. After graduating from Salina High School in 1970, he attended the University of Kansas on a Naval Reserve Officers Training Corps scholarship. He graduated in January 1975 with a Bachelor of Arts in English and History and was commissioned a second lieutenant in the United States Marine Corps. He then served as a combat engineering officer with the Fleet Marine Force Pacific. After his discharge in 1979, he entered law school at the University of Kansas and graduated in May 1982.

Chief Justice Nuss began his law practice with the Salina firm of Clark Mize & Linville, Chartered in August 1982. For the next 20 years, he was involved in a wide range of legal issues and proceedings. He represented corporations and individuals as plaintiffs as well as defendants in civil cases. He also represented the government as well as defendants in criminal cases. Based upon surveys of judges and fellow lawyers, during this time he was awarded an "AV" rating from Martindale-Hubbell, that national organization's highest rating for legal ability and professional ethics.

Nuss was appointed to the Supreme Court by Governor Bill Graves in August 2002, becoming the first Court member in more than 20 years to move directly from the practice of law to the bench. He became Chief Justice in August 2010.