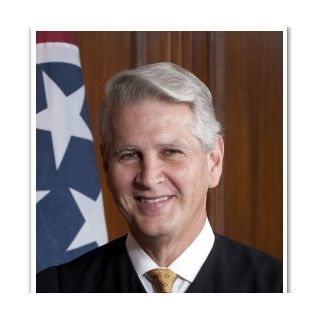 Gary R. Wade was appointed to the Tennessee Supreme Court in 2006. Prior to his appointment to the Supreme Court, Justice Wade served on the Court of Criminal Appeals for 19 years, and served as presiding judge of that court for eight years.
Before taking the bench, Justice Wade was in private practice for 15 years. He also served as mayor of Sevierville from 1977 to 1987.

Justice Wade received both his law degree and his undergraduate degree from the University of Tennessee.

An active member of the community, Justice Wade is co-founder and chairman emeritus of the Friends of the Great Smoky Mountains National Park and co-founder of Leadership Sevier. He also serves on the board of directors for the East Tennessee Historical Society and Sevier County High School Foundation.

Tennessee
Board of Professional Responsibility of the Supreme Court of Tennessee
ID Number: 000443

Appellate Judge of the Year
American Board of Trial Advocates
2004

Citizen of the Year
Sevierville Chamber of Commerce
2004

American Inns of Court
Master of the Bench
Current