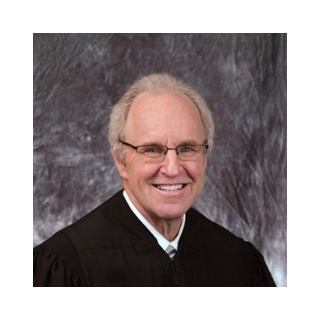 Eric S. Rosen was born May 25, 1953, in Topeka, Kansas. He earned a bachelor’s degree and a master’s degree with honors from the University of Kansas. He received his law degree from the Washburn University School of Law in 1984.

Justice Rosen was sworn in as justice of the Kansas Supreme Court in November 2005, following 12 years of service as a district court judge in Shawnee County. His assignments at the district court included criminal and civil cases. He also served two years as chief judge of the district’s domestic division from 1993 to 1995. During his judicial career, he served as an adjunct professor for Washburn University School of Law, a lecturer at the Menninger School of Law and Psychiatry, and recently as an instructor at the Kansas Law Enforcement Training Center. Justice Rosen was also appointed to hear numerous cases for the Kansas Court of Appeals. In July 2002, the chief justice appointed him to the Kansas Sentencing Commission.

Also in 2002, Justice Rosen was appointed to the 24-member presidential commission charged with commemorating the 50th anniversary of the Brown v. Board of Education decision of the U.S. Supreme Court. Other commendations include the Martin Luther King Living the Dream Humanitarian Award, an honorary diploma and certificate of honor for his many contributions to Topeka High School, the Attorney General’s Victim Service Award for Outstanding Judge, and the Topeka Capital-Journal’s Kansan of Distinction in the area of law in 1999. In October 2013, he was inducted into the Topeka West High School graduate hall of fame.

Before his appointment to the bench, he was a partner in the law firm of Hein, Ebert and Rosen. He also served as associate general counsel for the Kansas Securities Commissioner, as an assistant district attorney and assistant public defender in Shawnee County.

University of Kansas
B.A. and M.A.
Honors: with honors