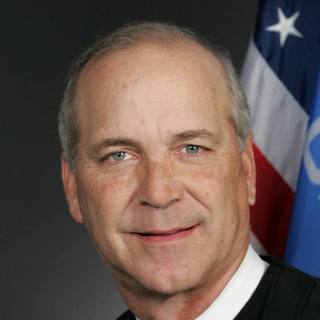 Justice Combs was born October 17, 1951 in Shawnee, Oklahoma. He graduated from Shawnee High School in 1969. Combs attended St.Gregory’s Junior College for one year on an athletic scholarship and transferred to the University of Oklahoma receiving his Bachelor’s degree in Political Science in 1973. Combs received his Juris Doctorate degree from Oklahoma City University in 1976. While in law school Combs worked as a Deputy Court Clerk for the Oklahoma Supreme Court. Following admission to the Oklahoma Bar Association in 1976, Combs served as an Assistant Attorney General for the State of Oklahoma under Attorney General Larry Derryberry. In1977, he returned to his hometown, Shawnee and entered private practice as anassociate with the firm of Henry, West and Sill. Combs remained in private practice as an associate and then a partner in the firm of Henry, West, Sill, Combs and Henry until 1982, when he opened his own law office in Shawnee.

Combs was appointed by Governor Brad Henry to serve as a Supreme Court Justice for District 8 and began in that capacity January 1, 2010. Combs appointment followed the retirement of Justice Rudolph Hargrave of Wewoka, Oklahoma. Justice Hargrave had served the State of Oklahoma as a justice since1974.

Justice Combs has been married to his wife, Janet for 38 years.