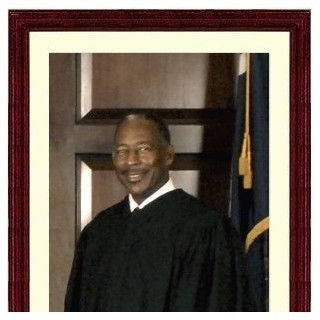 Justice Beatty is a native of Spartanburg, South Carolina. He is married and is the proud father of three children.

Justice Beatty began his legal career by working for the Neighborhood Legal Assistance Program, thus fulfilling a personal commitment to use his legal training to benefit those who could not afford paid legal representation. Following his tenure with the legal assistance program, he established a private practice in his home town, Spartanburg, South Carolina. During this time, Justice Beatty maintained a commitment to public service with his election to Spartanburg City Council, later moving to the state level with his election to the House of Representatives. During his tenure in the South Carolina General Assembly he served as a member of the Medical Military, Public and Municipal affairs Committee and the Judiciary Committee. In addition, he served as Vice-Chairman and Chairman-elect of the South Carolina Legislative Black Caucus.

His dedication to his community led to his service on the Piedmont Legal Services Board of Directors, Spartanburg Residential Development Corporation, Southside Neighborhoods Association Partnership, BB&T Advisory Board, BMW minority Advisory Board/BMW Construction Project, and many community organizations intent on uplifting our community. Justice Beatty also finds time to appear at various schools and often speaks to youth groups.

He has received numerous awards for community service and leadership; among them are, Profile in Leadership Award from Benedict College, Honorary Doctor of Laws from South Carolina State University, Living Legend Award from the NAACP, and Superior Achievement Award from the Donald James Sampson Chapter of the National Bar Association.