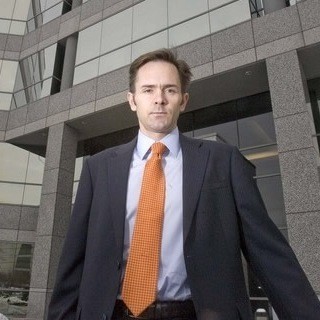 Abraham Bates is a foreclosure-defense attorney practicing in Utah. Based out of Salt Lake City, his practice covers the entire state of Utah, Nevada, Arizona and California, and he is the Managing Partner of a law firm with attorneys licensed in the states of Nevada, Arizona and California. Abe is a committed defender of the rights of homeowners and he strongly believes that homeownership - including having equity in your home - is fundamental to the fabric of democracy and American society.

As Managing Partner of Wasatch Advocates and Homeowner Legal Defense Advocates, Abe manages a team of over 30 attorneys, housing paralegals, forensic loan auditors, loan modification staff, and others who share his commitment to hold the Big Banks accountable for their unconscionable, predatory lending behavior - lending behavior that is directly responsible for the foreclosure crisis, economic depression and 10% unemployment rate that we as citizens and homeowners currently face. Many of the committed staff which Abe manages formerly worked for what he calls "the dark side," meaning employees of foreclosure service agents of the Big Banks and attorneys and mortgage lenders who made hundreds of millions of dollars of sub-prime loans before the collapse of the housing market. Now that these staff members have "seen the light" and recognize the problems with the lenders and servicers for whom they previously worked, they are incredibly useful tools to the Firm's foreclosure-defense practice given their intimate knowledge of the dirty tricks, deceptive practices, concealment, fraud and other bad acts perpetrated by the Big Banks (and the 400+ failed sub-prime lenders whose loans the Big Banks purchased with tax-payer (TARP) money) and the servicers who foreclose upon homeowners based on fraudulently executed (robo-signature) documents and false sworn testimony regarding possession of a homeowner's "wet-ink" mortgage promissory note.

Wasatch Advocates, the Utah-focused foreclosure-defense practice which Abe manages, has filed over 100 cases in the last six months in defense of the rights of homeowners in foreclosures. He has won numerous victories after evidentiary hearings and achieved settlements whereby homeowners get principal reductions and affordable fixed interest rates instead of the predatory sub-prime mortgages which they previously faced. For homeowners who want to move out of their homes, Abe has secured deeds-in-lieu of foreclosure, credit repair, and favorable short sale approval terms (along with credit repair), enabling the homeowner to walk away from their home without the consequences of a foreclosure. Abe is also spearheading an effort in the 2011 Utah legislative session to enact mandatory foreclosure-mediation laws which would requires the banks and securitized trusts to send a representative authorized to execute a loan modification, short sale approval, or deed-in-lieu, before any foreclosure of a home in Utah can occur. The local and national media frequently call on Abe for comment on MERS, the foreclosure crisis, and solutions to the national foreclosure crisis "Prof Says Banks Undermined the System (SLTRIB)."

Abe is also a long-time friend and colleague of Associate Dean Christopher Peterson at the University of Utah College of Law. Dean Peterson is the leading expert in the country on the issue of MERS and, while not formally associated as an attorney of the firm, provides valuable insight and assistance with Abe's efforts to defend homeowners facing foreclosure. Additionally, Dean Peterson serves as an Expert Witness on a number of the cases which Wasatch Advocates and Homeowner Legal Defense Advocates prosecutes in defense of homeowners facing foreclosure.

Abe secured the first-ever ruling on the merits against the Mortgage Electronic Registration Systems, Inc. ("MERS") in Utah after an evidentiary hearing for a preliminary injunction within hours of the homeowner's foreclosure sale. Abe also secured the first-ever injunction in a foreclosure case awarded by Chief Judge Tena Campbell of the United States District Court in Utah against Provident Funding, based on Provident's negligent misrepresentations, bad faith and unfair dealing in servicing the homeowner's loan. Abe has also won a handful of "free and clear" (Quiet Title) judgments on behalf of homeowners, although this strategy is not a primary focus of Homeowner Legal Defense Advocate's efforts. Abe is currently involved in several state-wide class actions designed to bring down foreclosure-rescue scams, is involved in planning a national class-action lawsuit against MERS and the Big Banks, and is appealing two non-judicial foreclosure cases to the 10th Circuit Court of Appeals and to the Utah Supreme Court.

Abe is a strong believer that everybody should have access to an aggressive and empathetic foreclosure-defense attorney and has built Wasatch Advocates and Homeowner Legal Defense Advocates with a team of staff dedicated and committed to keeping clients updated on the status of their litigation while simultaneously making efforts to ease the anxiety and trauma that comes with the foreclosure process. He believes that you have a right to know exactly what is going on in your case, your available legal and non-legal remedies, your chances of success, and what it will cost you to prosecute your claims against the Big Banks. The Firm offers free consultations and advice as a matter of course, and provides documents at no charge which homeowners can use on their own to preserve their rights and prevent negative credit reporting prior to a foreclosure. Wasatch Advocates and Homeowner Defense Legal Advocates want to ensure that every homeowner understands the process, the timelines, the defenses available, and the legal and non-legal remedies a homeowner may take on their own, or with the assistance of a foreclosure-defense attorney, to stave off foreclosure.

Prior to law school, Abe worked for two powerful and well-connected members of the United States House Of Representatives in Washington, D.C. Abe then returned to his home in Utah, where he worked as a chemical addiction counselor. Abe also helped start several high-technology companies in the mid- to late-1990s. Each of these experiences has enabled Abe to build Homeowner Defense Legal Advocates, a regional law firm committed to defending homeowners facing foreclosure in four out of the five "hardest hit" states in the country (Nevada, Arizona, California, and Utah), whether through driving legislative action, training his staff to empathize with homeowners who face the emotional and psychological trauma that is a natural consequence of the prospect of losing the family home, and by using the Internet to educate homeowners nationwide of their rights both and prior to foreclosure.

http://www.homeowner-defense.com 888-702-0219 Signature fraud can happen during the foreclosure process, where the person who reviewed the document wasn't the same one who signed it. Wasatch Advocates in Salt Lake City,...

http://www.homeowner-defense.com 888-702-0219 April discuses how her home was going into foreclosure until she hired Attorney Abe Bates of Wasatch Advocates in Salt Lake City, Utah. She explains her experience.